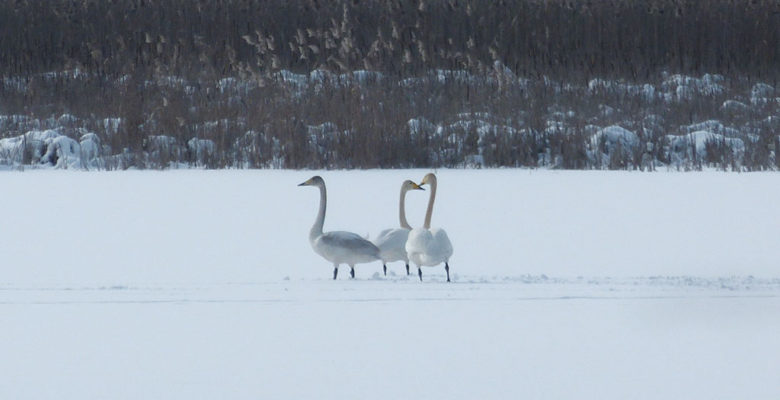 The birds are the most numerous group of vertebrates living in the Exclusion Zone. Nevertheless, among them there are many that have suffered serious losses as a result of hunting by a man, anxiety and destruction of living conditions. This especially concerns the large and predatory birds. The prolonged absence of a man at the greater part of the Exclusion Zone should have a beneficial effect on the birds, but little is known if this happens.

The search of nests and nesting sites of the Red Book birds has always been a priority in assessing the conservation value of the individual sites: if the birds choose such area for nesting, then it corresponds to their biological needs, and therefore should be especially protected.

In the past, the experts from the Chornobyl Center for Nuclear Safety, Radioactive Waste and Radioecology conducted such studies in the southern, central and western parts of the Exclusion Zone, and in 2018 they extended the studies to the left bank of the Pripyat River. The works are carried out jointly with the specialists of the Ukrainian Center for the Study of Carnivores Birds (S. V. Domashevsky, G. P. Gera). These works include searching for nests during the walking around forest and wetlands, visual observations, description of the natural conditions. In addition, the method of audio provocation reveals the habitats of owls. The main walking examinations were conducted in January – March, when the trees have no leaves, and the water reservoirs are covered with ice. The nests that may belong to the large or small spotted eagles, the white-tailed eagle, the black storks, and other large birds, were found. Several habitats of the pygmy-owls were also discovered. In the following months, the discovered nests will be checked to identify the host and to estimate the success of nesting.

Researches are conducted in the frame of UNEP-GEF project “Conservation, Optimization and Management of Carbon and Biodiversity in the Chernobyl Exclusion Zone“.